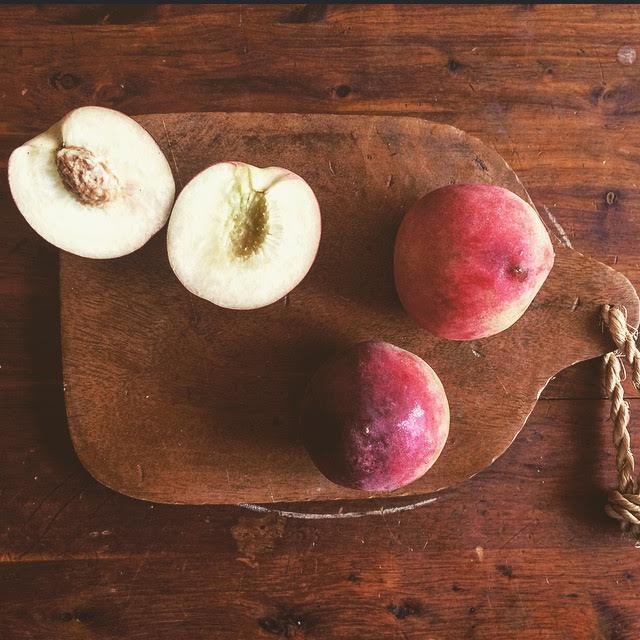 So, when I came across this simple Crostata recipe from Giada de Laurentiis, I simply couldn’t pass it up. What is a “Crostata”? Basically, it is the Italian word for a baked tart or pie, and what I love about this Crostata is its beautiful (and simple) presentation.

I have continuously drooled over recipe after recipe in the Rustic Italian tradition of cooking, and this Crostata proved to be the perfect beginning to this culinary journey.

When following Giada’s recipe, I found that -for the most part- it was pretty straight forward. In the recipe, it tells you to peel and half the peaches; however, I found that when I did that, the filling felt too mushy to me. Therefore, I peeled half of the peaches and I left the skin on the other half. I found that this not only helped with the texture, but it also gave the presentation a hint of color with that beautiful reddish-orange skin. When placing the peach wedges in the Crostata, I simply alternated between a peeled wedge and an unpeeled wedge to gain this effect.

In addition, I absolutely LOVED the taste of the peaches grilled. It brought out a whole never level of flavor to this sweet fruit. This is something that I will definitely remember for future summer sensations! 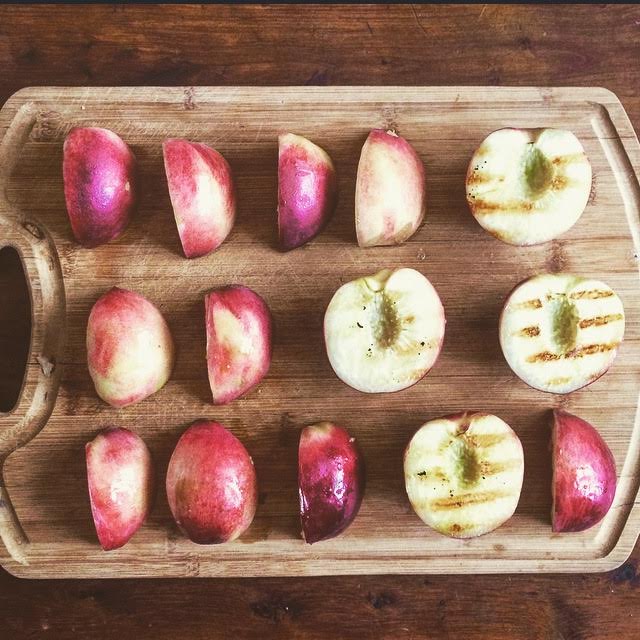 What also worked for this tart was the store-bought pie crust. No really, I’m serious. See, I tend to be a little skeptical when a chef says that you can just use a pre-made crust; I’ve found that they have really worked against the recipe for the most part. However, in this case it was amazing; flakey, buttery, the perfect pairing to the sweet peaches.

Maybe I somehow missed a step, but Giada claimed that it was a “super easy caramel sauce,” and I found that to be quite the opposite. The ingredients and steps sound simple enough, however, my caramel never became the beautiful amber color it was suppose to. Instead, it just became this thick, clear, sugary, mess. I tried 4 different times without any luck.

I used a pre-made caramel sauce topping… you know, the one that comes in a jar…

OKAYYYYY before you turn your nose up and the cloyingly sweet above mentioned sauce, let me share my little secret: I heat the sauce up in a small sauce pan, and I cut the sweetness with the juice of 1/2 a lemon, as well as a pinch of kosher sea salt, and it is absolutely delicious. The acid from the lemon, and the savory from the salt really help to balance out this sauce.

I have two for you:

1. Personally, I was not familiar with White Balsamic, and frankly I didn’t want to buy an entire bottle just for this recipe…so instead of drizzling the peaches with the balsamic before putting them on the grill, I opted for a Mandarin Orange olive oil instead. The Mandarin gave the peaches a bright burst of citrus that really elevated this Crostata to a summer treat.

2. Serve warm with a scoop of Vanilla Gelato to really bring that Rustic Italian to your table.

One thought on “Rustic Grilled Peach and Caramel Crostata”

© The Noshing Mama, September 2015. Unauthorized use and/or duplication of this material without express and written permission from this site’s author and/or owner is strictly prohibited. Excerpts and links may be used, provided that full and clear credit is given to The Noshing Mama with appropriate and specific direction to the original content. Thank you.
Header Image courtesy of www.crystalcartierphotography.com
Loading Comments...
%d bloggers like this: